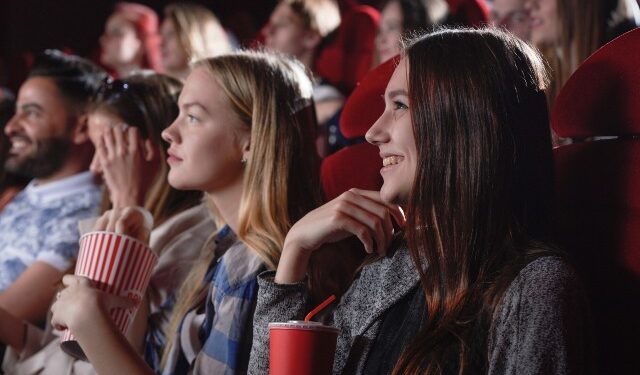 Did you know Dune, one of the biggest sci-fi tent pole films in recent years, earned well over $300 million? That’s not much for a huge film but it counts as a major success given how the ongoing pandemic affected the movie-going experience.

Of course, not everyone can enjoy a deep and violent film. Sometimes it’s nice to simply sit back and enjoy wholesome movies with the whole family.

It can get a little overwhelming to find a film everyone can enjoy. It’s not as simple as relying on a film’s rating. That’s why we’ve listed down six good wholesome movies everyone can watch:

Let’s start a list of wholesome family movies with a film all about family. This flick tells the tale of a family on the road as they make their way to a pageant show for the youngest daughter. Throughout their journey, the family experiences a wild ride of revelations and hardships.

At the end of the day, they still stick together because that’s what family’s all about.

The movie introduces a young Abigail Breslin in a breakout performance. She would later star in films like Zombieland and its sequel, Ender’s Game, Maggie, and The Final Girl. Other notable stars include Toni Collette, Paul Dano, Alan Arkin, and Bryan Cranston.

It’s rare to find wholesome family movies that center around romance. It’s even more difficult to find one animated. You’ll often end up with movies that are either simplified for kids or has too much sexual content.

Your Name is a rare exception. This animated movie tells a beautiful tale of two young lovers, one from the city and the other from the countryside. The biggest obstacle isn’t the distance — it’s the fact they swap bodies and this is the only way they get to interact and learn about each other.

If you’re looking for wholesome movies on Netflix, you might not find this available. The film came out in Japan so there may be distribution issues depending on your location. You’ll need to either use a different streaming service or a VPN.

Other great Japanese anime films to try out are My Neighbor Totoro, Spirited Away, and Princess Mononoke.

Are you looking for great Christian movies? Unfortunately, there aren’t many options if you stick with traditional streaming apps like Netflix, Hulu, or Disney Plus. Those streaming apps include tons of random films and very few caters to wholesome Christian families.

The movie revolves around four women and their journey to save a shelter for women facing bankruptcy and foreclosure. Unlike other meaningful films, this movie doesn’t try to forcefully shove its message. Instead, it lets its characters and narrative breathe, giving the message room to sink in.

It’s also a movie that reminds people that being a good Christian means more than going to Church on Sundays. It’s more than praying at night. The film’s message focuses on helping other people, regardless of who they are or what it takes.

4. Spider-Man: Into the Spider-Verse

It’s too easy to list down classic Disney and Pixar movies. Everyone already knows the wholesome but impactful classics like Toy Story, Up, and Frozen. If you want a different kind of wholesome animated flick that still packs a lot of action and adventure, check out Spider-Man: Into the Spider-Verse.

The film has a strong emphasis on the value of family and friendship. It also features a unique visual style and music that keeps the pace going.

Unlike other Spider-Man movies, this one isn’t about Peter Parker. The story is about Miles Morales and his journey to become the next Spider-Man. Along the way, he meets people from other dimensions who share his burden.

If you want more wholesome kids’ movies, check out Coco, The Iron Giant, and Treasure Planet.

Even the best wholesome movies might not have memorable lines or life-changing scenes and characters. That isn’t the case with The Princess Bride, a film that deserves a spot on any list of great films.

It’s not only a good wholesome movie or fantasy adventure. It’s a good movie in general and one the whole family should experience.

Even the framing of the film provides a wholesome perspective. Before telling the main story, the movie starts in the modern-day as a grandfather reads a book to his grandson. There are even scenes where their interactions cut through the main narrative.

This film flows with romance, swashbuckling, competition of wits, humor, and many great messages.

Fantasy flicks like The Lord of the Rings are often too deep for young audiences. Others might be great for kids but will seem boring for adults. The Princess Bride strikes a perfect balance.

Stepping away from fantasy tropes, this movie centers around a man wrongfully convicted and imprisoned. Despite his incarceration, the main protagonist finds a way to keep on living. He finds hope, friendship, and a future even in one of the loneliest corners of the world.

The movie does have a few depressing moments and jaw-dropping suspense scenes. However, these scenes help provide context for all the hardships the main hero faces. These adversities make his triumphs feel even more impactful and worthwhile.

Add the fact you have a stellar cast, including Morgan Freeman, and you know the whole family is in for a beautiful cinematic ride.

Watch These Wholesome Movies With the Whole Family

These are six great wholesome movies you and the whole family can enjoy. Whether you prefer an animated movie, a Christian flick, or a fun fantasy romp, you’ll find something here suitable for everyone.

Of course, you shouldn’t stop with these film suggestions. For more movie lists, we invite you to go over our other lists today. We also have business, marketing, and technology guides providing all the tips you need!

Guide for Everest Base Camp Trek